The Best of British Fantasy
The Bookshelf Contribute About The Book
The Wolves of Willoughby Chase by Joan Aiken (1962)
Where to begin with Mary Stewart? 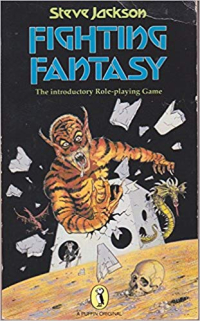 The 8 best curses in literature, courtesy of Julia Fine.

The UK's rich history of interactive fiction, and how the British Library goes about preserving it.

Also at the British Library, the Imaginary Cities installations, by artist in residence Michael Takeo Magruder. New, fictional cityscapes on display from 5 April.

A little off-piste, but a great New York Times profile of the classic Astounding magazine.

Also off-piste, but a shout out to the late, great Piccadilly Cowboys - the group of (British) writers who met in a central London pub and re-invented the Western. A little more here. And hoist a pint to Piccadilly Publishing, the company striving to digitise the group's (prodigious output).

Bonus (and, as is the trend, off-piste): Bompas & Parr and artist Lucy Hardcastle are offering the scent of other worlds in an interactive exhibition this weekend in London.